People may not realize that working Search and Rescue in Las Vegas could mean that one minute you’re facing a 120 degree desert, and within the hour helo’d up to the top Mt. Charleston, in an Alpine / Snow environment.

I helped start a volunteer SAR team around 2012 and the team quickly grew and the need for a uniform was apparent. We selected an inexpensive mechanics shirt, in blaze orange. It was inexpensive, had a collar, and we could sew our patches / rank insignia to it. It was a decent shirt, the problem was mechanics don’t really do what we do… and it showed. The shirt looked great for ‘gala’ events, but in the field was an issue.

After a few months of seeing my teammate’s frustration with our mechanic shirts, a few borderline heat exhaustion scenarios and just plain discomfort – I put my ‘T.A.C.’ hat on – aka ‘Tactical Arts and Crafts.’ 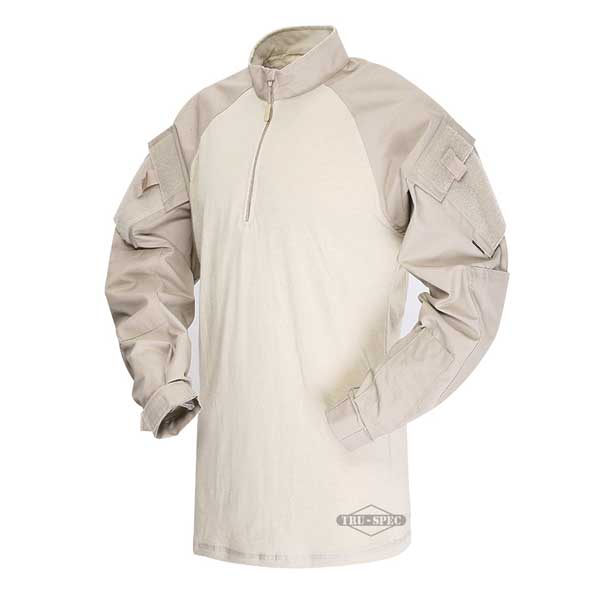 Enter the Military Combat shirt. It breathes. It wicks. It has durable arms. It has extra pockets. It looks friggin’ cool.

These shirts work for our dedicated servicemen around the globe. They’re fantastic pieces of technology, comfort and functionality. The inherit problem with the Military Combat shirt is that they mostly come in colors and patterns that blend with the wearers environment. For Civilian Search and Rescue, we need to be seen and not blend in.

There seems to be two main methods for dying clothing. One is the stove-top method, where you get a big pot and boil everything. It’s very popular and seems to be accepted as the general ‘best practice.’ You need a big, big pot.

*Note* If you do go this route, I’ve read you should never use that pot again to cook / eat out of .

The other route is using your washing machine. It’s easier, but commonly agreed not as effective. After my experience – I tend to disagree. Between my tenacious ambition and a lack of a giant pot – I went the washing machine route, and it worked great.

You’ll definitely want to understand how your washing machine works beforehand. Specifically, know how to make it ‘agitate’ the shirt.

Since I was only doing one shirt, I set the washer load setting to ‘small,’ and turned it to use it’s hottest water setting. Additionally, I boiled the largest pot of water I had and dumped that in the washing machine before it filled. Rit will tell you to either add a cup of salt for natural fabrics (Cotton etc.) or a cup of vinegar for synthetic fabric (Silk, Linen, Nylon.) Since a combat shirt is a blend of both, I used both 1 cup of salt, and 1 cup of Vinegar. I poured all of that into my washing machine, agitated it briefly, and dunked in my shirt.

*Note* An advantage of using a small or medium sized load is that when you’re done, you need to bleach the interior of your machine. Dyeing with a ‘small’ load, followed by a bleach-run with a a ‘large’ load will ensure the bleach / water line goes well above where your dye pool was.

You’ll definitely want to understand how your washing machine works beforehand. Specifically, know how to make it ‘agitate’ the shirt. I made sure the washing machine was always ‘agitating’ the shirt. You don’t want your washing machine running a ‘cycle’ where it fills / drains. For me, it meant I had to keep my ears open and every 3-5 minutes or so reset it back to ‘agitate.’ I also used the wooden spoon to agitate / move the shirt around a bit. I did this for about an hour.

You can do all of this on your own, for about $10 more than the cost of your shirt. It’s easy, anyone can do it. You can get the dye at Wal Mart, Joann’s, Hobby Lobby etc. Combat shirts can be found on Amazon, your local surplus store or even many Airsoft sites.

Lastly, be advised that if you wear an undershirt with this setup, the first couple times you sweat, you’ll get some ‘orange’ on your undershirt. I got it mostly in the pit areas.

• Plan on trying different colors / dyes. Really going for the Safety range look
• I’ve only tried plain Khaki Combat Shirts. Want to try out a Multicam etc. to see how the dye looks against the Camo pattern.
• I haven’t tried this on pouches etc, but I’m sure it will work.